Hi, I'm Julie and this is my personal journal.

If you're looking for fanfics and/or macros, they are now at This journal is semi-friends only. Please tell me first or comment here if you're going to friend me. I don't think that's too much to ask. I've been having people add me out of the blue without talking to me even once and it generally weirds me out, so I won't respond to friend requests if we've never interacted here or anywhere before. But I like making new friends, so if you're interested just come out and talk to me. :) ♥ 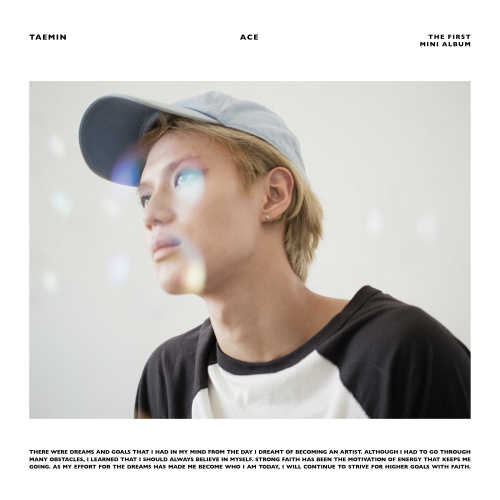 After becoming a full-fledged SHINee fan I spent most of August being excited about youngest member Taemin's solo debut. But first of all, I can't get over how weird this EP's cover is. The bubbles in front of Taemin's face make it look like he has a white beard and a glowing blue eye. Anyway, "Ace" was first previewed in a short video and I immediately fell in love with this R&B slow jam. It took me a bit longer to warm up to the dance title track "Danger", since I feel it should've had less whisper-talking and more singing. But after watching the MV a few times too many I was hooked (I especially like the bbambbambbam part). "Pretty Boy" feat. EXO's Kai is a fun song with elements of rock, while "Experience" has a catchy opening melody and verse. "Play Me" is another slow track and I was expecting it to build up to something, but after the second chorus it doesn't go anywhere and just ends in a lackluster way. In contrast, "Wicked" plays it up with the dominant brass section and has a nice culminating point.

Objectively speaking, Taemin does not have the best vocals in SHINee and some songs like "Ace" fit his voice better than other numbers. While listening I also get the feeling that some tracks would've sounded better with the addition of the other members' voices. However, it needs to be remembered that when this kid first debuted in SHINee he didn't even have any solo lines in the title song. I think this mini album and Taemin's performances of the songs in it show how far he has progressed and, at the same time, how much potential he still has to further improve. 8/10 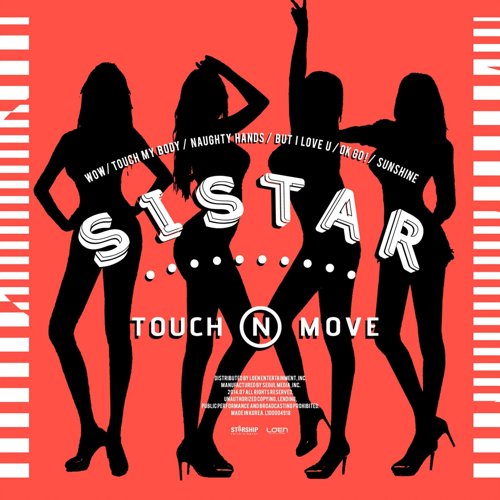 After their last album Give It To Me wowed me in 2013, I had high hopes for SISTAR's newest release this year. While this summer EP doesn't quite manage to top their previous effort's awesomeness, it still contains some jams. "Touch My Body" is a certified earworm, while "Naughty Hands" feat. Verbal Jint with its laid-back charm is reminiscent of "The Way You Make Me Melt" feat. Geeks, one of my favorites from SISTAR's previous album. The intro track "Wow" would've been better if it wasn't all Hyolyn—she has her solo releases for that after all. "Ok Go!" is not that bad but half of it sounds like a poor attempt at a 2NE1 song, while the token ballad "But I Love U" doesn't really do it for me somehow. The mini album ends on a high note with "Sunshine", an upbeat track which fits the summer theme very well. An honorable mention goes to the acoustic version of "Touch My Body" which features guitarist Ahn Jung Jae (watch the official video here). A pity it's not actually included in this record. 8/10 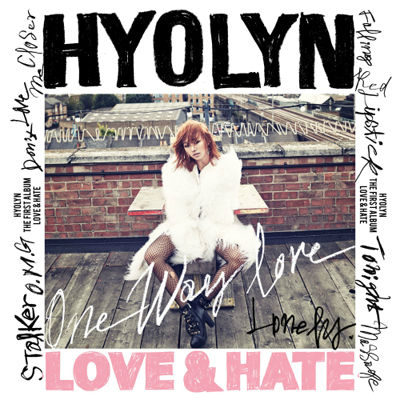 This review is long overdue as I purchased Hyolyn (Hyorin) of SISTAR's first solo album when it was released last year. "One way love" is very catchy, and I've also grown to like the other title track "Lonely" although at first it bothered me how Hyolyn sings almost the entire song in a held-back, breathy falsetto. On the other hand her voice soars in the two strong ballads "Closer" and "Falling". Of all the rapper-featured songs in the album, "O.M.G" with Geeks' Lil Boi is the most fun, "Red Lipstick" with Block B's ZICO is all right, "Stalker" sounds too much like Mad Clown feat. Hyolyn instead of the other way around, while "Massage" I skip most of the time because I simply can't stand Dok2's rapping voice and the weird dance break. Hyolyn doesn't really need too many rappers to overshadow her because she's able to shine just fine on her own, and not to mention raps by herself in "One way love". 8.5/10

After seeing them live in concert I've been in a SHINee listening mood. I've only been a casual fan so far, only starting to pay attention to them around the time of Sherlock, but now I'm slowly downloading more of their songs. Their most recent Japanese release is a cheery, feel-good song that's surprisingly available for my country on iTunes. Thanks, Universal Music Japan!


This next one was introduced to me because it was featured in the Taiwanese drama Love Forward. I immediately recognized JJ Lin's voice, it's so distinctive. It's been yeaaaarrrssss since I listened to anything from him, but this one broke my heart. It's in pieces. 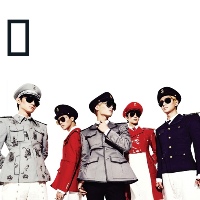 When it comes to SHINee, they are such strong performers that the performance can influence my opinion on the music. So much so that "Everybody", which at first was a so so track for me, went up a notch in my book after I saw live performances of it on music shows. The choreography is mind-blowing. "Symptoms", with its strong vocals, I already liked since the beginning, and performances of it make the song even more powerful. Of all the upbeat songs in the mini album, I'm not too keen on "One Minute Back" and its confusing beat changes. "Destination" and "Queen of New York" are okay dance tunes, with "Destination" having a slight more edge (Edit Aug 28, 2014: "Destination" with its infectious beat has actually grown on me a lot, so I'm bumping it up to the 'favorites' category). "Colorful" is a standard happy, shiny song, but it builds up to a nice climax and is a great pick-me-up. But the real charmer here is "Close the Door", with its smooth, melting-in-your-ear kind of vibe, almost like a Boyz II Men song. From fierce to laid-back, cheerful to sexy, SHINee showcase various sides to their music that there just might be something for everybody in this record. 8.5/10 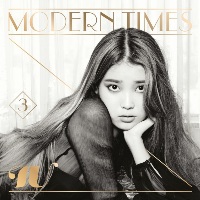 I was quite intrigued when I heard the teasers for this. The old-school, bossa nova style used in most of the album is a refreshing change from what is usually heard in K-Pop, but during my first listen some tracks sounded similar and sort of blended into one another. I like "the Red Shoes" but as a main song, in my opinion the feel of it is still similar to previous hits from IU such as "Good Day" or "You and I". "Between the Lips" has a really sensual vibe that has bewitched me, while "Modern Times" is really fun to listen to. I thought "Bad Day" was going to be a boring ballad, but it soars in the end and leaves me all teary-eyed although I haven't even looked up what the lyrics mean. The duets with the old singers fall into the 'meh' category because I don't really like their voices and singing style. Sorry, sunbaenims? "Wait" could've been better if half of it wasn't an instrumental. While I seem to have many songs in the 'okay' category this time, I feel that some of them might still get up a notch as they grow on me the more I listen to them, such as the duet with SHINee's Jonghyun. In conclusion, a pretty creative, unique album with several gems and a lot of potential. 8/10

Happy tenth anniversary. This is late, I know. It feels bittersweet that you've come to this milestone while I have been drifting further and further away from you during the last few years. I barely listen to your songs anymore. I didn't see your anniversary video during the designated day. Actually I haven't seen it at all. #badfan

I first got to know you after you were already six, so I didn't go through the journey of watching you turn from nine to eight to six. But when you turned from six to four, I was still there, and my heart broke too. (I was angry for a long time, I'd understand if you were too.)

But then you emerged, stronger, more dedicated and more united than ever. You've grown so much and I'm really proud of all of you. Shige, you get a special mention because you achieved your personal dreams and inspired me to achieve mine.

I haven't really followed your updates lately, but recently I watched your appearance in Shounen Club Premium. I had a stupid smile on my face the entire time. I may not be completely invested in you anymore, but I believe in different kinds of love. You've carved a special place in my heart, and there you will stay. I wish you continued and better success, because you deserve it.

And if someday, years and years from now, someone miraculously convinced you the way they convinced L'Arc~en~Ciel to finally hold a concert in my country, I hope I'll be there to see you.

Happy anniversary, and may you have many, many more anniversaries in the future. 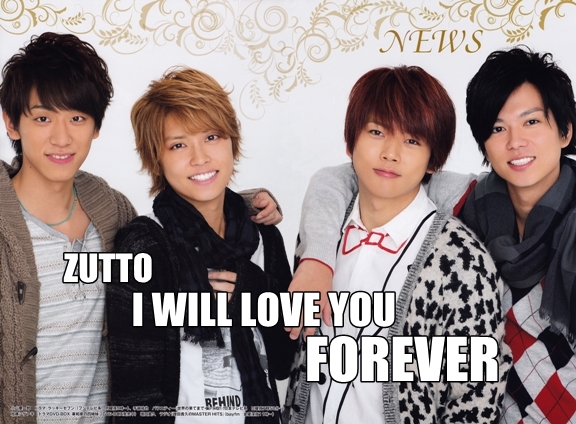 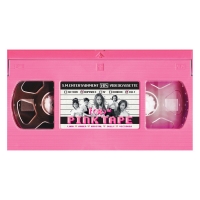 I like the mid-tempo songs in this album more than the full-on electronica ones, probably because I don't really enjoy electronic dance music much. I can listen to some EDM songs, but most of the time they're too noisy for me to be on repeat. I fell in love with "Shadow" the first time I heard it in the album teaser video and wished it was the promoted song, but "Rum Pum Pum Pum" isn't bad either. I really like Amber's singing in the album, her lower tone provides a nice contrast to the other member's higher registers. She should get more singing parts rather than rap parts. "Goodbye Summer" makes me want to hear EXO's D.O.'s voice more, it's so velvety smooth. Kudos to Amber too for taking part in writing that song. Overall, a pretty nice album with several stand-out songs for me. 7.5/10

SISTAR – Give It To Me 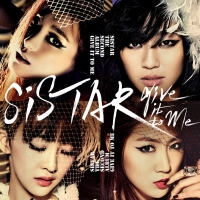 I enjoy most of the songs in this album. Props to Duble Sidekick (Duble Kick?) as the producers. "Give It To Me" is my jam, and even the instrumental version is great to listen to because of the violin section in the background. Everyone knows Hyorin's voice is a killer, and Soyou's singing is not bad as well. She can definitely carry a tune, but I think her voice is just less distinguishable than Hyorin's, and she's not as skillful. But the gap between Hyorin and Soyou's singing and Dasom's is quite pitiful, really. Compared to Pink Tape, I have a lot more songs from this album in my 'favorites' list, especially the R&B-infused tracks, and I don't often skip songs either. The whole album gives off a sexy yet classy feel, which I guess is what SISTAR is all about. A very solid, enjoyable album. 9/10